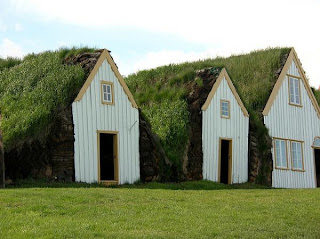 If we want to embrace our heritage, we must know a number of basic things about the Iceland of the 1800s. Even some of the most ordinary things are so different that, today, they require explanation.
For example, in Canada, land is valued and sold by size. In Iceland our families valued land by what it produced. That value wasn’t expressed in kronur or rigs dollars but in Wadmal. Or it was expressed in how much fish an ell of wadmal was worth, that is two heads of fish and a fraction.
Many valuations were made in hundreds. When I first came across it, the term hundreds, like the term ell, completely puzzled me. How can one embrace one’s heritage when even the most basic concepts are not understood? How can one understand one’s people,  how they thought, what they believed, when something as simple as measurement isn’t understood?
What was a hundred? In 1810, the value of a hundred represented one milk cow or two horses. Each of the horses would be worth 60 ells. That half a hundred would be worth a horse and half a hundred was worth 60 ells of wadmall which was, remember, 2 3/8 English feet. In 1872 a hundred represented six milk or eight milkless ewes; or eighteen sheep, one or two years old. A hundred is equal to 240 fish weighing over two pounds.
A major concern of the landowning farmers–and most immigrant families were not landowning farmers–was that Icelandic women had a lot of children. Many had 12 or more.
Grazing land was in short supply and when there was poor weather, people on marginal land became paupers could not feed their sheep and cows. A family of parents and twelve children became fourteen paupers. There was a law that said men couldn’t marry unless they were worth four hundreds. That meant they needed enough land to support the equivalent of four cows. That was what was needed to support a family. If you couldn’t afford to support a family, you couldn’t have one. If you want to know what a struggle it was to support a family read Halldor Laxness’s Independent People. Bjartur of Summerhouses attempts it and fails.
Today, we are used to instant communication. The internet, the IPad, the Kindle, the tablet, the telephone, email, courier service, have been around long enough for people to forget how slow communication was only fifty years ago. This is a major change over a relatively short time. I remember when my parents got a telephone. Before that if there was an emergency and people only phoned in emergencies, my mother’s parents who lived in Winnipeg, phoned the local doctor and a member of his family came to get my mother. West of Gimli some local farmers created their own phone line using the barbed wire fences. News and entertainment were delivered by radio. 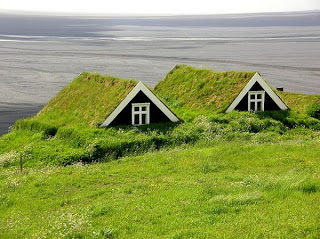 In the land of our ancestors, there were no telephones, no roads, and a mail system that was inefficient, cumbersome and incredibly slow. In Copenhagen a letter could be posted but only the cost to Iceland could be paid. When a letter arrived in Reykjavik, it would sit there unless a friend re-posted and paid the postage to its destination in Iceland. Letters written in January might not be reach the east coast of Iceland until July. Burton says that “There is a northern courier road which takes five days via Reykholt and Arnarvatnsheiði to Akureyri but in winter it is impassable.” A postman only visits the eastern coast a few times during the year. No overnight courier service there.
Gudmundur Stefansson, an Icelandic immigrant in Canada,  refers to the high cost of mail when he says “Since it is costly to send many letters to Iceland from  here, please let our relatives at Eyjadalsa read this scribble, if you yourself, can read it. I do not want them to hear our news second hand.”
Research about this first world, the world of Iceland in the 1800s is full of surprises. Strange as it may seem, there was a demand from Europe for the hair of Icelandic women. Traders came to Iceland and traveled from farm to farm to buy hair. It is details like this that surprise me, make me realize how little I really know about my heritage.
I have discovered the existence of Luasa-fé, the rent on movable property, especially cattle and sheep, opposed to land, or even land with its cattle. The rent was generally levied in butter.
In the immigrant ships‘ manifests, many of our male ancestors are listed as farmers. However, most of them were not farm owners but share croppers.
Most of our ancestors usually rented farms from year to year, with the right of the landlord to evict them with six months notice. They could be evicted for neglect or misconduct. Rich people with political connections with the sherrif and the local priest and government officials found it easy to prove that poor people had neglected something or misbehaved. Our people were often critized for not having initiative and improving the land they rented but people had little reason to improve rented land because the rents would then be raised.
I think what surprised me most, since I was brought up to believe that Iceland was a country where everyone was equal, was the social and legal ranking of the tenants on a farm. How can we embrace our heritage if we don‘t know what our people were?
Which of these following six were your ancestors? Mine were Kaupamenn.
1.   Bonders, the land owners. These were the big shots. They had economic, social and political power.
2.   Husmenn. People who have houses at a farm but can´t use the pastures or make hay. They were just renters.
3.    Kaupamenn, labourers working for hire.
4.    Hjaleigumenn, crofters, they occupy a small farm that is part of a larger farm. Share croppers.
5.    Servants Vinnumenn
6.    Paupers,