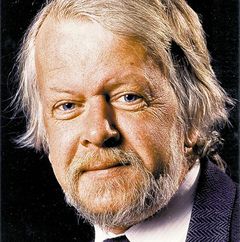 Tom Oleson has died. JO called today to tell me. I didn’t take it in right away. There are a number of Tom Olesons around. “The Tom Oleson,” she said.
“He was six years younger than  me,” I replied, not quite believing her. There is disorder in people who are younger, dying.
Our paths crossed from time to time. I’d have a new book out or be doing something odd or interesting and he’d give me a call and we’d do an interview. I guess he had the Icelandic beat at The Winnipeg Free Press. I always enjoyed the interviews.
Life hasn’t been good to Tom the last couple of years. His son, Kristofer, died two years ago in an accident. His wife, Laurie, had terminal cancer and died of a stroke. There’s always a sense of guilt when people you love die. It’s like you didn’t love them enough to keep them safe.
You can read his last columns on the Free Press website http://www.winnipegfreepress.com/opinion/columnists/33846209.htmlI hope they leave his columns up for a long time. They’re worth reading. If you haven’t been reading them, go take a look. He’d have been a regular at the Weevil Café. He writes about brussel sprouts and abortion, cell phones and pensions. He has an opinion on everything, which is the mark of a good journalist and columnist. No pussy footing.
The column that everyone should read is a recent one called “She was some woman”. It’s about the death of his wife, Laurie, and, more generally, about mourning.
Although Tom claimed, as many do, that Icelanders don’t have a sense of humour, he had a wicked one. He begins his column with a quote about death by the British writer, Harry Graham.

Poor Uncle Joe has gone, you know,
To rest beyond the stars.
I miss him, oh! I miss him so,–
He had such good cigars.

He then tells us that his wife’s funeral urn is sitting in the room with an assortment of objects around it, a shrine of sorts. Then he adds that his son’s ashes are there in an urn with his favorite baseball cap on it.

Like any good writer, Tom knew that in tragic situations, in situations filled with sorrow and great emotion, it is necessary to avoid exaggerated expressions of feeling because they shove pathos into bathos, opera into soap opera, genuine feeling into melodrama.

Tom was pro. His writing was smooth, easy to read, his articles entertaining and thought provoking.

I’m sorry that he won’t be there to do another interview. We had  sort of an erratic ritual.

The Icelandic Canadian community is poorer for his death. He wrote about a vast number of topics but, time and again, his comments had a line or two about us, about his Icelandic community.

In one of his last columns he says, “”Happy Icelanders” sounds a little bit — quite a lot, actually — like an oxymoron. The New York Times once referred to Icelanders as a notoriously lugubrious breed, and the immigrants who came to Canada in the 19th century brought that same sense of solemnity with them. If you have ever heard a joke about Icelanders or Icelandic-Canadians, please share it — as an Icelandic-Canadian, I would like the opportunity to stop taking myself so seriously.”

It is obvious that Tom took many things seriously but his writing proves that Icelanders do have a sense of humour and that thoughtfulness and caring go quite well with the ability to bring laughter into people’s lives.