She is, I believe, in her nineties. She depends on her cane. The slope up Waterloo from Richmond is difficult. She stops to rest by my stone wall. If I’m working in my yard, I always go over to speak to her. When I do, I’m rewarded with a bit of history about the house, the kind of gossip one might more expect about a person. She’s lived on this street, she says, for forty-five years.
One day, I complained to her that no matter how I water the gardens are immediately dry.
“This property was once a gravel pit,” she said. “The only thing for it is compost.”
After she’d gone, I took a shovel full of soil, put it into a bucket and filled the pail with water. When I poured off the water, the pail was full of sand. I took a handful of soil and squeezed it. It crumbled and fell apart. I grew up in the country but my father was a fisherman and my mother a credit union manager. The little I’d learned about gardens, I’d learned from staying with my grandmother. Now, I’ve got a double yard with gardens on both side of a curving sidewalk, along the front and west of the house and down the east fence.
My mother’s mother was Irish and, if given half a chance, could grow vegetables on a paved road. During the Great Depression times were hard for her and my grandfather. To make their little bit of money go further, she took over an empty lot on Walker Avenue in Winnipeg. She turned it into a garden rampant with vegetables, a jungle of tomatoes and yellow beans, potatoes and carrots. When they moved to a small house on Fleet, their yard was a tiny bit of grass.  She turned over the grass with a pitch fork. Underneath was subsoil and clay but she kept a plastic bucket under the kitchen sink. Into it went every peel, every tea bag, anything uncooked that would rot, even shredded  newspaper and scraps of cloth. In those days no one had discovered using red earth worms. If they had, she would have had a tray of red wigglers under the counter. Her garden flourished.
Not wanting to keep a large plastic pail under the counter, I bought a kit from the lumber yard and built a compost box. I stuck it in a back corner. Into it went grass clippings and leaves and kitchen scraps and bags of manure I bought from the side of road. Even in buying horse manure, I found you have to be careful. Some people use cedar chips in their stalls instead of hay.  Fresh cedar chips have a chemical in them that can be used to kill weeds. Put them on a flower garden and the only thing that will grow there is bindweed. Manure with hay is much better but you’ve got to be sure you’re not just paying for hay. On the Island life’s still rural enough that stable owners put plastic bags filled with manure on the edge of the road with a sign saying “Seventy five cents a bag.” They leave a coffee can with a slot in the lid beside the bags. It’s up to you to count the bags and drop in the right number of quarters. Life’s changing for the worse though, because lately I’ve come across a couple of cans that have been nailed to a pole and their lids soldered.
When I first started buying manure, I used to just throw five or six bags into the back of the truck, put my money into the can and drive away. Now that I’m a manure connoisseur, I open the first bag, fold back the top and check to see what I’m getting.
The box I built has rotted out and has been replaced by a second compost box. This one sits on the edge of the lane and has, in place of a blue tarp, a wooden lid that my son built. The lid folds back in half or swings up full size. He built the top because some of the neighbours were upset with having to look at the compost box from their front door. I was about to be incensed by their urban sensitivity when I remembered my grandmother’s plastic bucket and how embarrassed I was by it.
Maybe it has to do with getting older but not much embarrasses me anymore. I’ve stopped by the side of the road to collect a pail of manure. I collect buckets of seaweed after a storm. I keep peelings in a plastic bucket that I add to the compost box every couple of days. I scrape up the crushed oak leaves from the road. I throw in blood meal. I revel in digging out the black, friable soil that results. I spread it by the wheelbarrow over both gardens and lawn. In most places the lawn is still patchy and bare, friendlier to weeds than grass. But slowly it’s improving. I’m not going to try to create a golf green but a meadow, something in keeping with the Gary Oaks, a place where in spring the daisies and grape hyacinth will appear in great white and purple swaths.
My elderly neighbor has moved away. Staying in her own home became too much for her. I miss her visits over the stone wall. Before she left she had me come up to her placed and dig up some flowers for my garden.  She was afraid that her little stucco bungalow might be bulldozed, its garden ploughed under and the salmon colored Phlox paniculata (garden phlox)lost. It was a gift from her husband when they first moved into their house.
Her plants are in my garden now, looking robust, their leaves a strong green. I’ve dressed them well with the compost. When they need dividing, I’ll pass on a piece to my daughter.

When I sold my house last year with its double lot, I was afraid I’d be bereft of wildlife. didn’t move far but I bought a free-hold strata, a house on a tiny lot and a commonly owned road. Like a lot of property in Victoria, the ground is all up and down with a steep rise that leads to the various dwellings. My bedroom overlooksthe front yard, it’s not really a yard, a patch of ground, then a tumble of rocks until the next
house below. At my previous home, I was used to having deer sleep in the yard. One evening, it was three
stags, two asleep, one standing on his hind legs sampling the holly tree. I watched him he watched me, then he lay down and joined his companions.In the morning, they were gone and so were one hundred
and ninety-eight of the two hundred tulips that lined the sidewalk. I regretted the tulips.My father had spent one spring planting them. I knew that they’d come back the next year, the tulips that is, and as much as I enjoyed three handsome stags lying in the yard, I vowed to cover the tulips with wire mesh. I’d leave a few uncovered so the deer could have a treat.

In spite of their taste for tulips, I love the Island deer. They’re smaller than Manitoba deer. They’re very handsome. They’re a bit like GreatDanes with antlers. I grieved not having them around anymore. Then one morning, I looked out the bedroom window. There was a young doefast asleep. We had breakfast and lunch and dinner at about the same time. I munched ona sandwich and she munched on some grass and weeds.

We looked at each other out the window. I waggled my fingers at her. She waggled her ears at me. She visited for a day, then she disappeared. Two weeks later, she reappeared. She was nibbling on the new leaves of one of my bushes, snacking on some tufts of grass. Then behind her another doe came up the broken slope and, finally, a third. They all looked like they were about two years old. After a time, they drifted across the road to a neighbour’s property. I thought when girls get together, there have got to be boys around and, sure enough, two dayslater, one of the does was nuzzling up to a buck with a handsome
set of antlers.

This isn’t in the country. On Salt Spring you take thisdeer cavorting in the yard as normal. I’m talking about the city. Urban life. Traffic. Buses. People walking. Cars. Yards. Houses. Apartment blocks. And it’s not just the deer. A friend of mine had a raccoon who slept in the tree outsideher apartment window. Another
friend has two eagles who alight in a tree at the back of her yard every day just when she’s preparing breakfast. A friend lives in the very heart o fthe city, tourists, buses, hors carriages, lots of traffic and she looked out one day to see an otter waddling across the parking lot.

I applaud this, lost tulips or not. I think there is something magical in the fact that when my son and his family go for a walk at their place outside of Bellingham, deer join in and follow behind them. He said it unnerved him at first. I think he’s adjusted. I think we all need to adjust. We’ve done tremendous harm to the environment. Deer haven’t, bears haven’t, cougars haven’t, otter haven’t. It’s their environment along with our own that we’ve harmed. I think other species have been trying to show us forsome time that it is possible  for all of us to live together if we just respect the environment, if we don’t take every last inch for ourselves  and don’t destroy what we don’t possess.

We often think that the death penalty is appropriate for the loss of some flowers, for a bag of garbage being torn apart, for the noise a flock of crows makes. We take what we need and even what we don’t need. At one time the passenger pigeon filled the skies. Buffaloroamed the prairies. No more.

With each loss of a species, we make our world narrower, less interesting, less diverse. There’s a jack rabbit in Gimli, Manitoba, trying to teach people that we can live together, share space. I always look for him. He sprints down the sidewalk on Fifth Avenue. If he or one of his kin nibbles on one of your fruit trees, put burlap and wire around the trunk. When he visits, admirehis grace and beauty for he is a miracle of movement.
(This article first appeared in Logberg-Heimskringla) 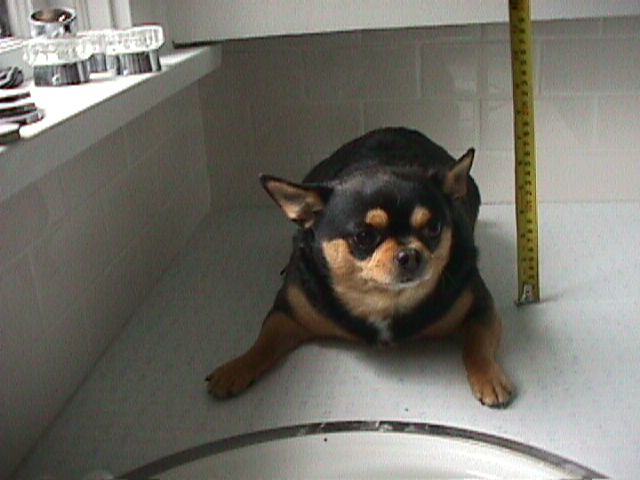