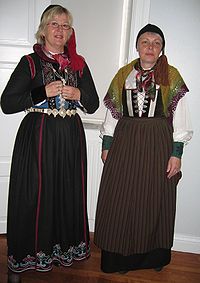 When people emigrate, they bring with them the memory of their homeland. They bring with them religion, values, sets of behaviours. They have experienced life within their country and culture. They bring with them what they know. What they come to is the unfamiliar. For the Icelandic settlers the unfamiliar was forests, bitterly cold weather, water that froze to six feet, large wild animals, building with wood.
Once in Canada, a normal survival mechanism for every immigrant group is to live close together. That way, the shock of the new is alleviated somewhat. For Icelanders, their new communities were in New Iceland and in the West End of Winnipeg. There, they could speak Icelandic, eat Icelandic food, attend Icelandic churches, socialize with people like themselves. 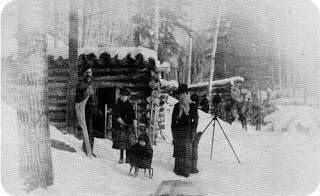 These centres, created and bound by need, are not stable. Shortage of good land, greater opportunities, growing security in the new world, all of these cause some people to seek other places to live. First, one or two leave, find a place such as Argyle in Manitoba where the land was better for farming, they notify friends and relatives who then follow them.

Still others, more adventurous, perhaps, looked further afield to  Victoria or Seattle or North Dakota or Saskatchewan, and others, encouraged, followed. Once again, in these new places, they formed supportive communities, communities that would provide a familiar world.
However, with each move, the separation that occurred with the original emigration grew wider. The language began to fade for there was less opportunity to speak and read it. Yet, there was and is a desire to preserve elements of both the original Icelandic culture and Icelandic Canadian culture. Those cultures are what we call our heritage.
How do we embrace that heritage?
I think first of all, we have to know that heritage. You cannot embrace what you do not know. Often, that heritage is, after a few generations, reduced to a few folk dances, some traditional music, some particular foods. At Icelandic Canadian receptions and banquets there are always trays of vinarterta, rullupylsa, kleinar, pönnukökur.
Who am I? What am I? Those questions have a critical interactive relationship to heritage. 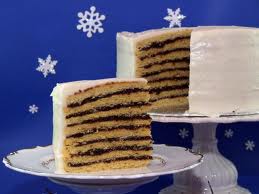 I think I’ve always been a vinarterta Icelander. If someone said to me, embrace your heritage, I’d reply by eating another slice of this seven layer prune torte. Or, at least, I would have until I developed celiac disease. Not being able to eat vinarterta caused an identity crises and made me look at what else might be part of my heritage.

Not being able to eat vinarterta or Icelandic pancakes or Icelandic donuts made me question who I was but the question was intensified by a letter I received as editor of the Icelandic Canadian newspaper.
It said, “I’m a proud Icelander.”
However, I know that the writer is fourth or fifth generation Canadian. He’s not an Icelandic citizen. If he landed at Keflavik and said to the border guard “I’m Icelandic”, the border guard would say, “No you are not.” If he applied for medical or pension benefits or the right to vote, his application would be refused.
So, I asked myself, what can he mean? I think the answer to that is, “I’m proud of my Icelandic heritage.” Me, too. You, too. That’s why we were at the INL conference. We were there to embrace our  heritage.
Our families didn’t just bring recipes with them. They brought their lives with them. They brought their history with them. Their living conditions. Their memories. Their heritage, our heritage, is their lives in 19th C. Iceland. The laws they lived under, the houses they lived in, the working conditions, the medical conditions, everything, that’s their heritage and, therefore, our heritage. If, because, like my great grandfather who was a laborer, they could only change their job once a year, if he was essentially an indentured servant, that was his heritage and, therefore, my heritage and, therefore, our heritage.
Our past is worth preserving. That’s why we were in Brandon at the INL convention. That’s why we raise money to support Lögberg-Heimskringla and The Icelandic Connection. That’s why we support the Icelandic department at the U. of Manitoba and the Icelandic library. It’s why we support the Icelandic summer camp, the Snorri program, the various clubs, the INL. It’s why we attend August the Deuce and Íslindingadagurinn.
It may be for some that our Icelandic heritage is a piece of vinarterta, a bottle of Icelandic beer and a plastic viking  helmet with horns. No  harm in that. But if that is all it is, it doesn´t seem like much to be proud of.