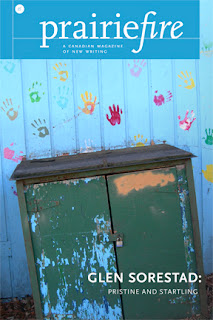 Prairie Fire Review of Books, Vol. 12, No. 1 (2012)
_________________________________________________________________________________
1
What the Bear Said: Skald Tales of New Iceland
by W.D. Valgardson
Winnipeg: Turnstone Press, 2011, ISBN 9780888013804, 130 pp., $19.00 paper.
Reviewed by Sally Ito
What the Bear Said: Skald Tales of New Iceland is a collection of fourteen tales
by W.D. Valgardson.
Told in the compelling voice of a seasoned story-maker, the tales bring to life the ‘folk’
ways of the early settlers in the Icelandic Canadian community in Manitoba. Valgardson,
born in 1939, states in his preface that he grew up hearing stories around the kitchen table.
The stories generally centred on“commercial freshwater fishing in the Interlake area and
the other, the Icelandic community in the Interlake and beyond” but also bore “fragments
of Icelandic folk tales.” The combination of a newland being interpreted with the imaginative
and mythical framework of the old in the manner of the tale is what gives this collection a
certain narrative frisson delectably and delightfully Canadian.
The title story gives us the classic boreal encounter of bear with human. However,
this is no ordinary human, but Gusti, an Icelander, who has likely never seen a bear
before (Iceland does not have bears). Gusti speaks with this bear. An unreported
conversation, but one that left him with the “memory of swirling dark clouds, a
sensation of something primitive, stirring something within him,
memories of ancient times, faint images that appeared and faded so quickly he
could not really saywhat he had seen” (5). Gusti is a poet and is sensitive to the spirit worlds
of other creatures; he is the kind of man who can have a communicative relationship with
animals in a way others cannot. And so it is when Gusti’s beloved daughter Ninna goes missing
that the bear plays a role in her recovery.
Other mystical encounters of the ‘folk’ with the wildlife appear in such tales as “Ingrid\
of the Lake,” a story of a young woman and a sturgeon, and “Halldor Vitlaus,” a story of
a man who has shot a wolf without reason. Told in quick, easy prose, the stories nonetheless
present their moral and psychological dilemmas squarely. When the community finds out that
Halldor has senselessly killed an animal, they question him about it. “Halldor just shrugged.
He would have told them why if he had known, but he didn’t know” (42). Ingrid, of “Ingrid
of the Lake,” has fallen under the spell of the  sturgeon. She confesses to the minister, citing
the only possible biblical connection of Jonah and the Whale as a means of ‘explaining’ her
attraction. But such a story is remotely unconnected and cannot help her; she must undergo
an exorcism.
Besides the wildlife, there are other creatures, like the trolls, the ghosts, and
the huldufolk –hidden people – that travel with the Icelanders to their new country. In “Loftur,”
a ghost follows a couple to the shores of Lake Winnipeg; a somewhat comic figure, his meddling
in their lives is not as effective in the new country and at last, the couple makes peace with him
in their new and enlightened circumstances. Not only are the spirits and creatures of Iceland
present, but so, too are the spirits of the Aboriginal people, like Wendigo in the eponymously
named tale in the collection.
What the Bear Said is a masterful array of tales by a skilled artist and storyteller. Accessible
and engaging, it artfully combines elements of the tale or fable with the modern short story to
re-interpret the lives of the early Icelandic Canadian settlers of Manitoba. A multicultural
cross-genre work, it heralds a new hybrid form of Canadian literature, well worth reading and
emulating. p
Prairie Fire Review of Books, Vol. 12, No. 1 (2012)
_________________________________________________________________________________
2
Sally Ito is a writer, editor, teacher, and translator living in Winnipeg with her husband
and two children. Her most recent book is the poetry collection Alert to Glory (
Turnstone Press, 2011). Buy What the Bear Said at McNally Robinson Booksellers (click on the
line below):