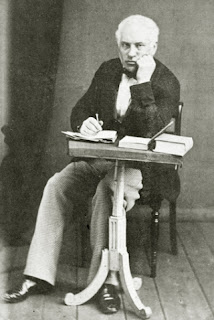 In 1874, the Danish king, Christian IX, visited Iceland for the first time. He brought with him a constitution for the Icelanders. It was not a document giving them independence but it was a beginning that would eventually lead to Iceland’s independence from Denmark.
Iceland was originally settled when Norwegian farmers fled the rule of King Harald. These were not Vikings set out to conquer but farmers who didn’t want to have to swear allegiance to this ambitious king who was consolidating small areas under his rule. These settlers brought cows, sheep, horses, families, slaves. They wanted land and independence. For a time they had that. However, because of internal conflict and bloodshed, a treaty was signed in 1262 with Norway and the descendants of those who had risked everything to escape Norway’s rule voluntarily placed themselves in a union with Norway that, in essence, made them subject to Norway.
In 1380 the kingdoms of Denmark and Norway were united and, since Iceland was considered part of Norway, Iceland came under Denmark’s control. The Danes had no need of Iceland’s exports but were able to exploit Iceland for whatever value they could find. The result was hundreds of years of exploitation and poverty.
June 17 is celebrated because it is the birthday of Jon Sigurðsson. While many people worked to obtain Iceland´s indpendence, Jon was considered the leader of the independence movement.
There were many stages to the gaining of independence. However, the king´s visit in 1874 was the critical first step. The king still held the power of a veto over the decisions made in Iceland. However,he had come to Iceland. He´d stood on Icelandic soil. He´d met the people. He´d gone to see the wonder of the Great Geyser and even though the Great Geyser was unimpressed by royalty and didn´t spout, the king had still camped there in the midst of the blasted wilderness. He dined at Thingveller and met Iceland´s upper class, the well-to-do farmers. Perhaps the most telling detail of the king’s visit was that n neither he nor his son could speak Icelandic. The king could not speak to his subjects unless they spoke Danish.
Change is often a slow process. The constitution was revised in 1903. A minister of Icelandic affairs who was to live in the capital city, Reykjavik, was appointed. In 1918 Iceland was recognized at the Kingdom of Iceland. In 1944, Iceland was recognized as a fully independent country.
On this June 17, think on this process. The agitation for independence and self-rule began well before the visit of Christian IX. The process went on for 70 years. With not a shot fired. With no  houses blown up. With no children murdered. This is utterly remarkable, not just on the side of the Icelanders but, also, on the side of the Danes. Think on Libya, on Syria, on the French Revolution, on Ireland, on Ethiopia, on the disintegration of Jugoslavia, on, on, on.
Let us celebrate June 17th in 2012 with prayers for all those vocal and silent Icelanders who were determined to have independence but let us also let us pray for those in Denmark who listened, who thought, who agreed and negotiated in good faith. Let us give thanks for the violence that did not occur, the deaths that did not happen.
Praying seems to be out of fashion today. But science won’t give thanks to those Icelanders and Danes who, over a long period, gave the world a lesson that was and is badly needed. Ask the dead in Homs how they would have valued a dialogue, a conversation, an argument, a dispute in words, in a framework where murdering children was not an option. ]
Celebrate Jon Sigurðsson for the world is desperately in need of more Jon Sigurðssons. But celebrate more than Jon Sigurðsson. Celebrate what, in human history, was a remarkable event, so remarkable that it has left nations friends instead of enemies.