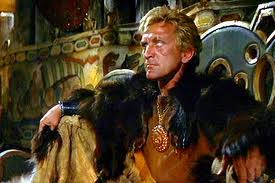 Here’s Kirk, baby, brave, ruthless, handsome, read to fight against great odds for fame and fortune.
“I agree that the emigration to North America is a much more pro-social saga than the viking tales, so we should ask ourselves why it is that these ancestors are given short shrift in our history books and other media.” Eric Swanson 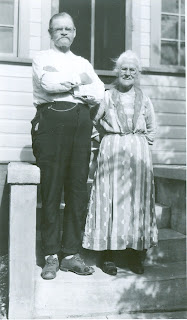 Here’s my great grandfather, Ketill, with my great grandmother. Now, who would you want to fantasize about being? Kirk, baby, or Ketill the dairy owner and farmer?
Eric is one of the regulars on Facebook. He is knowledgeable and astute. His question is in response to my post about Embracing our heritage (3) and comparing my great grandfather and Kirk Douglas in the movie, The Viking.
The Viking Age was from the late  8th to the 11th  century. Some historians say the Viking age began in 793 and ended in 1030. 1030 is a long time ago. It is now 2012. If you even count the ragged end of the Viking era and extend it to 1100,we’re over nine centuries, count them, 9 centuries and a bit away from the end of the Viking era. That’s 900+ years ago.
So, we say we want to embrace our heritage and we skip over 900+ years, ignore all the generations who lived in Iceland since the year 1100. Doesn’t seem like much embracing to me. What are we saying when we do that? That all those generations who lived in Iceland, who farmed, who raised sheep and cattle, who fished, who made the best lives they could, don’t matter?
The odd thing about this is that the Vikings of the Viking age were Swedish, Danish, Norwegian and others. Iceland’s population meant that it was only a small part of the Viking raiding and expansion. Yup, we were there but it’s not like Iceland had the population of all these other countries combined and was conquering the known world.
Nine hundred plus years have passed. Why, as Eric asks, are our ancestors given short shrift? I’m sure there are complicated sociological and psychological reasons but, for me, it’s quite straightforward.
Vikings are far away in time. The reality of their lives can be conveniently ignored and romanticized. It’s the same with stock market scams. The further away the mining property, the easier to run the scam. The further away the property, the greater the fantasy about untold riches.
The closer in time, the harder it is to get rid of reality and replace it with fantasy. It’s pretty hard to glorify and romanticize war when the war is going on or even for the next generation or two when the participants are still alive. My grandfather who fought in WWI and was both gassed and wounded didn’t think there was anything romantic about life and death in the trenches.
No one thinks the pirates off the coast of Somalia are romantic. They’re a bunch of ruthless, nasty criminals. Nine hundred years from now, their descendants may be romanticising the attacking of freighters and cruise ships and making the pirates out to be heroic figures. It’s amazing what the passage of time allows.
Also, for the past 900+ years, Iceland and Icelanders have been about raising sheep and dairy cows, about fishing in open boats, in making the most of their isolated lives in a hostile environment. To me, they are the heroes. However, it’s hard to make adventure filled movies about raising sheep or milking cows, about scything grass or catching fish. Adventure requires constant conflict and action.
Kirk Douglas having adventures is much more exciting than my great grandfather milking cows or cutting hay. If you have a boring job, an uneventful life, who do you want to fantasize about? Kirk and Tony in the midst of battle or my great grandfather delivering milk and feeding cows? The truth is that nearly everyone, like 99.99 percent of us choose safe, steady lives. I know some individuals who can actually call themselves explorers or who chose dangerous jobs in dangerous places. Me, I chose being a teacher. I had no desire to go to Africa to become a mercenary or to join rebels in South America.
I wanted to live my life like my great grandfather and fantasize about adventuring with Kirk for an hour or so in the theatre and then go home to a warm, comfortable bed.
But, I know who the real heroes in my life are and they’re not the ones created by Hollywood. 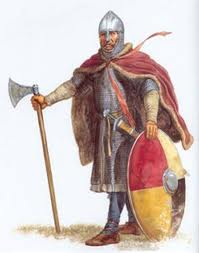