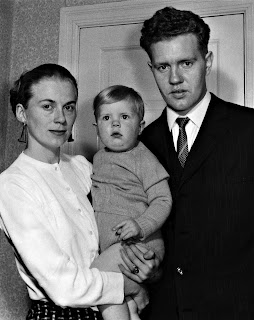 When Jón Bjarman died on March 17, 2011, his loss was keenly felt in many places. And today, a year later, his absence continues to arouse bittersweet memories. For Jón touched numerous lives in his 78 years.  As his longterm friend and fellow pastor, Ingthor Isfeld said, “I remember Jón as a good conversationalist, a patient and empathetic listener, and a trustworthy friend, with a cup of coffee in hand.”
It would be easy to write about Jón’s many accomplishments: author; pastor to congregations in Canada and Iceland; pastor in towns and hospitals and prisons; advocate for the humane treatment of prisoners worldwide; and a driving force behind and lifetime president of the International Christian Youth Exchange (ICYE).  But Jón was far more than the sum of his achievements, and this is a tribute, not to his professional acumen, but to the love and admiration he engendered in others.
It’s difficult to think about Jón without thinking of Jóhanna Katrín Pálsdóttir—his Hanna. They were born less than a month apart; they fell in love at 16, married at 21, and spent the next 57 years together in Canada, USA, and Iceland. Their hospitality is legendary—a tradition that Hanna continues with joy. 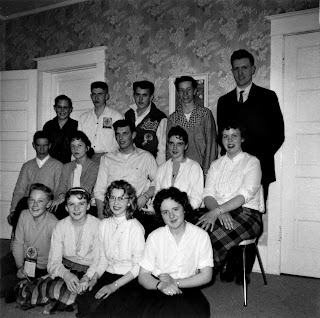 The founding of the Lundar Luther League, March 1959 Back row: Chris Erlendson, Norman Johnson, Michael Danielson, Ken Sigurdson and Jón; Middle row: Donald Coldwell, Linda (Rafnkelsson) Williamson, Lorne Foster, Joan (Andrews) Proctor and Hope (Olson) McNeil; Front row: Bill Breckman, Ethel (Arnason) Desjarlais, Margaret Johnson and Judy (Danielson) Thorsteinson
One of Jón’s most telling characteristics was the affection he inspired in children and teenagers. He worked tirelessly for ICYE and with teenagers in Lundar Manitoba, Akureyri, and Reykjavík. As his granddaughter, Hanna, wrote in Morgunblaðið, “Our grandfather had a way with children. He treated us all with respect, and we felt our opinions were always fully valid. We had long discussions on all kinds of topics, and when we were a bit older, he became our most important teacher… Our grandparents were tireless in taking us to see a play, a movie, an exhibition, or just out to dinner.”1 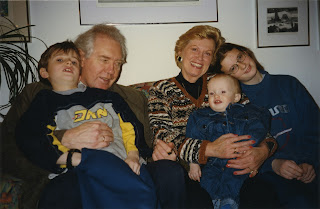 Jón was a brilliant writer who switched languages with ease.  His ability to bring his love of language into conversation was a constant joy to everyone who knew him.  Johann Ulfar Sigurdsson lived with the family for awhile: “During my time with Jón and Hanna in Lundar,” he said, “I realized that Jón had a very carefree and fun side to his personality and a keen sense of humour. Language fascinated him—such as the frequently humorous outcome when Icelandic and English were mixed together. He then started to mix the languages deliberately, creating some humorous outcomes.”
Some twenty years ago, Jón was faced with a situation that would challenge the magnanimous spirit of the strongest person.  He was diagnosed with Parkinson’s disease. But even here his equanimity prevailed.  As he wrote in his book, Af föngum og frjálsum mönnum (Of Free Men and Jailed): “It is better to make fun of oneself and not to take oneself too seriously … Hanna…has not shown me pity, but treated me the same as before, made the same demands of me, and never viewed me as a patient.  Nevertheless she is considerate of me, stands by my side, and follows me in joy and sorrow.”2
Jón’s work life and personal life were so inextricably intertwined that people like Conrad Sigurdson, a friend of Jón and Hanna’s for over half a century, could easily envision him in work situations: “He was intelligent, kind, patient, and generous. He lived and worked for others. I can imagine how patient he was in his affiliation with the prisons and in his dedication to his work with international students.” 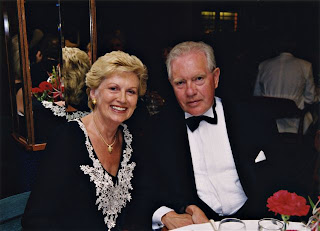 Even in his routine professional tasks – like the conducting of marriage ceremonies – Jón brought his unique poetic touch. In 2000 he married our daughter Erla Louise Colwill Anderson and our son-in-law, Ármann Ingólfsson in Akureyri, and, like the rest of us, Ármann marvelled at the way Jón “wove the histories of our two families together, mentioning my afi’s work in growing Kjarni Forest and talking about Erla’s ancestors, some of whom lived on the Kjarni Farm. He drew an analogy between planting trees in a barren place and consoling and encouraging people in desperate situations.  It made me think of Jón’s work with prisoners and hospital patients.  I can’t think of a person I would rather have had presiding over our wedding.”
Conrad Sigurdson sums it up perfectly: “Over the years we shared in all that Jón was to others.  Thinking of Jón brings good memories of a beautiful friend and wonderful friendship.  Our world is a better place because Jón was a part of it.”
___________
1 Translation by Páll Jónsson, son of Hanna Pálsdóttir and Jón Bjarman
2 Translation by Ármann Ingólfsson, son of Hrefna Hjálmarsdóttir and Ingólfur Ármannsson
(This article was first published in Lögberg-Heimskringla, Canada’s oldest ethnic newspaper. LH is published in English and on-line subscriptions are available.)