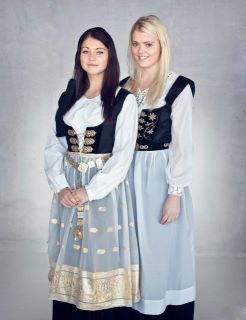 The most significant event during my tenure as editor of Logberg-Heimskringla was a letter to the editor castigating me for my bias and narrow-mindedness, surely a fault we all share, along with the statement, “I’m a proud Icelander.”
Being Lutheran, I didn’t mind a touch of the whip. It gets one’s attention. In any case, it’s part of the job of editors to receive letters from all and sundry, letters usually written in upset, anger and even fury. The world is an infuriating place. Injustice abounds. I completely agreed with the letter writer that a worthy history had been neglected, not just by me but the entire community. My only solace was that I had already begun to plan a series that would cover the neglected history. I haven’t forgotten. That will come as I have time to do the necessary research, take the photographs and write the articles.
However, what has stuck with me even more is a simple, heartfelt statement that also was in the email. It said, “I’m a proud Icelander.”
Since the writer is a fourth generation Canadian, I was flummoxed. I didn’t know how to reply. I’m a fourth generation Canadian from one Icelandic ancestor and a fifth generation from another. I cannot claim to be Icelandic by birth or citizenship.
What then could the statement mean?
It could mean, “I’m proud of my Icelandic heritage.” That made sense. Of course, “I’m a proud Icelander.” is shorthand for pride in one’s heritage.
And what a heritage it is. It’s got more drama, tragedy, triumph, melodrama, narrative, culture, history, than you can shake a stick at. But once I had sorted this out, I was left with this voice in my head asking questions, demanding answers. The biggest of all was, “Okay, you’re proud of your Icelandic heritage. What are you proud about?”
The answers were fragmented. Bits of this and pieces of that.  I’m proud of vinartera. Can you be proud of vinarterta? To make that even more difficult, vinarterta has largely disappeared from Icelandic cooking because Icelandic cooking today is very European. I definitely like vinarterta. I’ve eaten vast numbers of vinarterta slices in my lifetime. Would one say, “I’m proud of rabbit stew.”? I like rabbit stew. But am I proud of it? And rullapylsa and ponnokokur and rosettes (woops, rosettes are Swedish). Okay, okay. But I am proud of Icelandic desserts in that I enjoy sharing them with friends. I like saying, “Try this prune torte.”
I like taking non-Icelanders (see, there it is again, saying people of non-Icelandic descent is such a mouthful) to Thorrablot. I like seeing them try the Icelandic dishes. I take a certain pride in explaining what they are and a bit of the history behind them. I like watching their eyes get big when I explain about rotted shark. There’s a certain perverted satisfaction in scoffing up a plate of dried cod with butter. Mmmm mmmm! Worn asphalt shingle with motor oil. I don’t care. I enjoy it and if it wasn’t there, I’d miss it.
But is that an Icelandic heritage? I also like peroghis, hollopchi, Won Ton soup, apple pie, curries of all kind and like bragging a bit about how liking all those things is about being Canadian. I also like maple syrup, tortiere, BBQ ribs, blackberry pudding. In a bow to the little bit of English in my genetic code, I also like the occasional kipper for breakfast but no kipper ever smoked has come close to being as good as a Lake Winnipeg Goldeye but that’s not Icelandic, it’s Gimli. It’s part of my Icelandic Canadian heritage and I’m proud of the fact that it is served at events like embassy suppers. Some of us have heritages that let them say, “I’m proud of the fact that we conquered most of the known world.” Or “We defeated the Spanish Armada.”  With me, it’s “Smoked fish.”
So, what then is it that we’re proud of in our Icelandic heritage? I’m going to write some articles about things in my Icelandic heritage that I’m proud of. See if you agree. If you don’t, say so. Tell me what it is you are proud of.
This isn’t just an Icelandic NA community question. In the USA and Canada, we have immigrant cultures. Every immigrant group, in spite of their unique qualities, all go through the same process. They face the same questions. How German is German after four generations? What can they be proud of in their history. Or Italian. Or East Indian. Or Phillipino. What is worth preserving? What needs to be shed?
When someone chooses to leave home,  move to the USA or Canada, they begin a process that they cannot escape.
Something we should always remember. We can be proud not just of what our culture has done but also, maybe even more so, of what it has not done and does not do. Recently, four women were drowned to satisfy the honour of a man who was the father to three of them and the husband to one. We’re not perfect as a culture, we’ve made mistakes in the past and present. We’ll make mistakes in the future. But killing your daughters because you think your honour is lessened by their wanting to dress like other kids their age, wanting to have a boyfriend, wanting to be young, has never been part of our “tribal” culture. I’m proud of that.