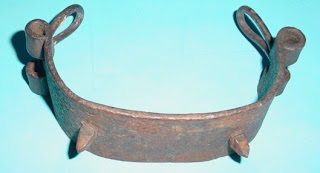 Guest article by Ken Kristjanson.
In the late fall Lake Winnipeg, like an old duck hunter, gets tired. Slowly the waves reaching the shore decrease in intensity and the great lake’s energy is temporarily put on hold until next spring. Ice forms in the bays. Eventually, as incredible as it may seem, the thirteenth largest fresh water lake in the world will freeze to a thickness of four feet.
The Fishers of the great lake have been following with keen interest this passing parade. They have carefully stowed their fall season fishing gear and they are readying their equipment for the winter fishing season. Even though the lake is freezing, the fish are aggressively hunting for food to sustain themselves for the long winter. This is the best time to catch fish.
The Fishers know that as the ice thickens the fish become very sluggish. So now, on first ice which is like rubber and only one to two inches thick, is the time to act. Of course the ice will not yet support horses or mechanized equipment –dog teams are the transportation of choice. In anticipation of fishing on first ice, the majority of Fishers maintained husky dogs the year around. I have fond memories of riding nightly in my father’s Essex to Isfeld’s farm south of town to feed the dogs. They were always excited to see us. All dog teams had names. My grandfather Siggi’s team was called “The Golden Flyer”. His imagination seemingly exhausted, the dogs were simply called “Blackie, Whitie and Brownie”.
The first, ‘rubber’, ice was smooth as glass and while it gave the dogs no trouble at all, this surface made walking difficult for the fishers. And so an ingenious piece of equipment was fashioned. First, an old car tire was cut into four inch pieces. Then a local blacksmith, in my time it was  “Dusty Gusty Eliason” or John Chudd, would afix a two inch cleat to the bottom of the rubber tire. The cleats were sharpened and attached to the boot of the wearer by rope bindings. (Later versions were all metal.) No doubt the idea came from the mountain climbers who used crampons to climb the Alps. On Lake Winnipeg they were simply called “Creepers”.
The freezing of the lake gave us kids a whole new dimension to explore. Soon there would be skating and hockey games. But now! There was rubber ice to play on. Naturally the kid who went out the furthest from shore had bragging rights that day. So with fame awaiting us, my brother Robert and I ventured where no kid had gone before. Of course I fell in. Later, while relating this story to an aunt she exclaimed, “I hope you called to God for help.” I said no, I called to my brother Robert.  He was closer.

Note from WDV
(Ken Kristjanson comes from one of the historic fishing families in Gimli. He is currently working on a collection of non-fiction pieces about Lake Winnipeg. I’m hoping that he will contribute them as he gets them finished. His father created a private museum of historic Lake Winnipeg fishing equipment that was of great interest to me and to many others. His brother, Robert, is still commercial fishing at Gimli.)