I posted an article with pictures of Playfair Park. It is a one acre park close by my home.One acre is not very large but part of the charm of pocket parks is their smallness, their intimacy, their sense of enclosing everyone in the park and, because they are small, the sense of neighbourliness. These are not parks intended to attract vast crowds. Few people drive to such a park. Nearly everyone walks. There is the sense of this being our park. 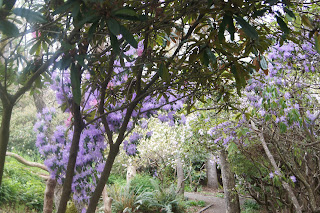 I am so enamored of this park and, remember how small it is, that I want to share some more pictures. 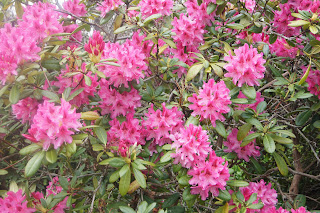 In the last couple of days, I was overawed by the mountains of BC, of the rivers the colour of pale jade, of vast forests but here, in the park, I am enclosed not by majesty but intimacy. 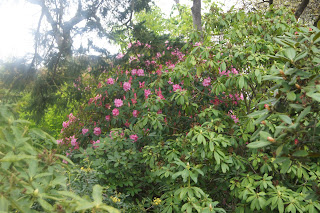 The rolling foothills of Alberta, the big sky, the mesas and arryos make a world so large it seems impossible to encompass it. And Saskatchewan with its horizons at the edge of the world, its vast fields and, up close, its copses of trees and pools of dark water. Everything is big, makes me feel like I should be able to fly, to soar over it. But Playfair Park nestles me, fills up my soul with colour. 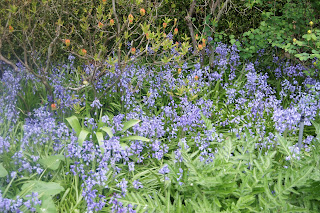 These are the early colours but soon they will fade and be replaced by the poppies, white, red, purple, yellow. The flowers of summer will bloom many shades of yellow. The lillies will compete for everyone’s attention.

I have seen some of it, I’ll miss some of it, but there’ll still be flowers in Playfair Park when I return and I will walk there again and fill up my soul with colour to last me the coming winter. 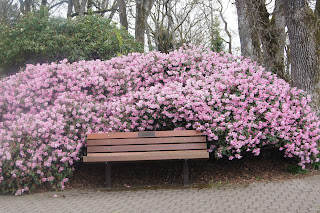 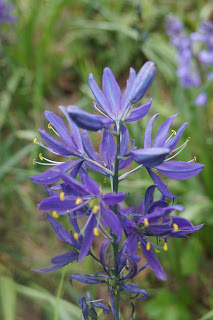 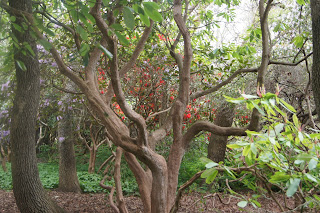 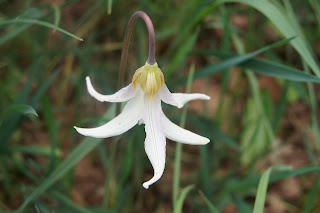 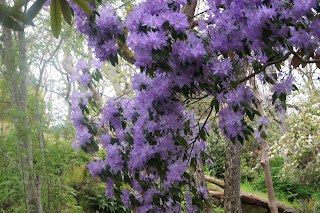 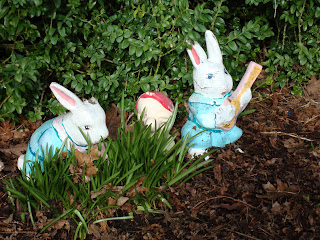 When I sold my house last year with its double lot, I was afraid I’d be bereft of wildlife. didn’t move far but I bought a free-hold strata, a house on a tiny lot and a commonly owned road. Like a lot of property in Victoria, the ground is all up and down with a steep rise that leads to the various dwellings. My bedroom overlooksthe front yard, it’s not really a yard, a patch of ground, then a tumble of rocks until the next
house below. At my previous home, I was used to having deer sleep in the yard. One evening, it was three
stags, two asleep, one standing on his hind legs sampling the holly tree. I watched him he watched me, then he lay down and joined his companions.In the morning, they were gone and so were one hundred
and ninety-eight of the two hundred tulips that lined the sidewalk. I regretted the tulips.My father had spent one spring planting them. I knew that they’d come back the next year, the tulips that is, and as much as I enjoyed three handsome stags lying in the yard, I vowed to cover the tulips with wire mesh. I’d leave a few uncovered so the deer could have a treat.

In spite of their taste for tulips, I love the Island deer. They’re smaller than Manitoba deer. They’re very handsome. They’re a bit like GreatDanes with antlers. I grieved not having them around anymore. Then one morning, I looked out the bedroom window. There was a young doefast asleep. We had breakfast and lunch and dinner at about the same time. I munched ona sandwich and she munched on some grass and weeds.

We looked at each other out the window. I waggled my fingers at her. She waggled her ears at me. She visited for a day, then she disappeared. Two weeks later, she reappeared. She was nibbling on the new leaves of one of my bushes, snacking on some tufts of grass. Then behind her another doe came up the broken slope and, finally, a third. They all looked like they were about two years old. After a time, they drifted across the road to a neighbour’s property. I thought when girls get together, there have got to be boys around and, sure enough, two dayslater, one of the does was nuzzling up to a buck with a handsome
set of antlers.

This isn’t in the country. On Salt Spring you take thisdeer cavorting in the yard as normal. I’m talking about the city. Urban life. Traffic. Buses. People walking. Cars. Yards. Houses. Apartment blocks. And it’s not just the deer. A friend of mine had a raccoon who slept in the tree outsideher apartment window. Another
friend has two eagles who alight in a tree at the back of her yard every day just when she’s preparing breakfast. A friend lives in the very heart o fthe city, tourists, buses, hors carriages, lots of traffic and she looked out one day to see an otter waddling across the parking lot.

I applaud this, lost tulips or not. I think there is something magical in the fact that when my son and his family go for a walk at their place outside of Bellingham, deer join in and follow behind them. He said it unnerved him at first. I think he’s adjusted. I think we all need to adjust. We’ve done tremendous harm to the environment. Deer haven’t, bears haven’t, cougars haven’t, otter haven’t. It’s their environment along with our own that we’ve harmed. I think other species have been trying to show us forsome time that it is possible  for all of us to live together if we just respect the environment, if we don’t take every last inch for ourselves  and don’t destroy what we don’t possess.

We often think that the death penalty is appropriate for the loss of some flowers, for a bag of garbage being torn apart, for the noise a flock of crows makes. We take what we need and even what we don’t need. At one time the passenger pigeon filled the skies. Buffaloroamed the prairies. No more.

With each loss of a species, we make our world narrower, less interesting, less diverse. There’s a jack rabbit in Gimli, Manitoba, trying to teach people that we can live together, share space. I always look for him. He sprints down the sidewalk on Fifth Avenue. If he or one of his kin nibbles on one of your fruit trees, put burlap and wire around the trunk. When he visits, admirehis grace and beauty for he is a miracle of movement.
(This article first appeared in Logberg-Heimskringla)