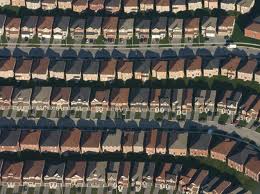 There is, today, in The National Post, an article on how long commutes are killing commuters. Not in car crashes but by forcing them to sit for long periods of time.
I’ve been lucky. In my first job, I walked across a field to reach the school. It took five minutes. My second job required a twenty minute commute. With the return trip that was forty minutes of having to  sit still. In my third job, I lived five minutes from work. In my fourth job, I lived further from work but it was a good walking area and I could walk to work in half an hour. In my next job, I lived just across the street. In my last job, I walked to work. Twenty to twenty-five minutes each way. On days I felt energetic, I walked over the hill between my place and work. On non-energetic days, I walked around the base of the hill.
I think of my daily walks, those mornings and evenings, with pleasure. I looked forward to heading out the back door as the seasons changed. In spring the crocuses peeked through the grass, the snow drops appeared singly, then in white swaths and, later, when I walked over Mt. Tolmie, the daffodils and narcissi turned the rocky slopes to gold. Some mornings, I saw deer browsing among the broom. Frequently, eagles floated overhead and when I reached the top of the hill, Mt. St. Helen’s sat on the horizon like a Disney Land creation painted large against the sky.
For the summer, I always slipped away to Gimli, Manitoba and Lake Winnipeg, drawn by family and friendship. By the time I was leaving Victoria, it was turning brown and faded yellow for this intensely green place suffers summer drought.
In August when I returned to the Coast and began my commute once more, the yards were awash with late blooming pink lilies. The air was cooler and, some mornings, I needed my GorTex jacket to fend off the rain. Victoria slowly, miraculously, turned green again. Having been away six weeks, I moaned and groaned as I trudged up the hill, sucking wind but relieved when I made it to the top. Six weeks of not walking 2.2 kilometres twice a day, not hiking up the gradually increasing slope of Mt. Tolmie, only six weeks of flat ground, of seldom walking more than a block or two at a time,  and my legs and lungs were painfully out of shape.

There’s more to the risks of commuting by car for any length of time. There’s the stress of rush hour traffic, of course. We have something called the Colwood Crawl. Suburbanites leaving Victoria for the suburbs in Colwood frequently sit, unmoving, then inch ahead the length of a few vehicles, then stop and wait again. After a hard day in the office, sitting unmoving in traffic creates so much stress that it sometimes leads to road rage attacks, curses hurled out car windows, middle fingers poking to the sky. It’s not surprising. In heavy traffic, one in always only split seconds away from the metallic crunch of cars colliding. A moment’s inattention results in bent fenders, frayed nerves and insurance claims—or worse.
What I cherished most about living close to work, to walking there and back in twenty minutes was the hours each day that belonged to me. For years, a relative of mine commuted an hour and a half to work and another hour and a half back. That is three hours a day of commuting. Eight hours a day of work, three hours a day of commuting, eleven hours. Up at 5:30 a.m., on the road at 7:00, at work at 8:30, at her desk at 9:00, finish work (if she were lucky) at 5:00, home at 6:30, supper over by 7:30, get ready for the next day by 8:30 or 9:00, an hour in front of the TV, in bed at 10:00, up at 5:30. There were, of course, as there always is, those days when work didn’t finish at 5:00, maybe not until 6:00 or 7:00. The only good thing about that was the traffic wasn’t as bad. Life becomes a non-stop grind. There is neither time nor energy for exercise or much else. 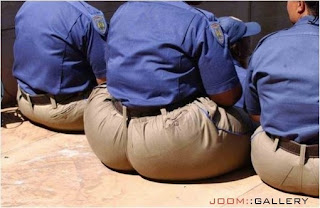 Suburbia. The middle class dream. Three bedrooms, two bathrooms, a backyard, maybe even a swimming pool, a BBQ. The further out, the bigger the house can be. The schools may be better. The children’s classmates may be better. That is, they may be more like us economically, socially, ethnically. If there are drugs, the drug of choice will be alcohol and since the liquor cabinet is full for those weekend BBQs, it’s just training for when the kids have two kids of their own, three bedrooms, two cars and, maybe, a swimming pool. There may be soft drugs, of course. Soft drugs are okay. They’re bought quietly, even delivered to the door. No harm in a few tokes. Or even a little coke. No, you don’t think so? Who do you think is buying all those drugs imported from Mexico, drugs that people are dying over in Mexico by the thousands? But, but, but, it’s not the same. It’s civilized in suburbia. There isn’t the shooting up, the crazy sex right on the street, the violence, the filth, the disgraceful behaviour, the B and E’s. In suburbia we all sin softly. Until that is someone goes nuts and offs his family and then we’re all shocked and surprised because he was such a nice, quiet person.
Except, except, except to all those buts, I lived in the city and the sins of my neighbours were no worse than those of suburbia. Mind you, it was not hard core, right down town living. I wasn’t out to prove anything, picking a place to live so I could sacrifice my kids to my liberal beliefs. I just wanted a place close to work.
The initial downside of living closer to the city, of course, is cost. The further out you buy, the more you usually get more for your money. My experience showed it to be a false economy. Yes, my place when I bought it was a bit of a wreck. Yes, it needed fixing up. However, when it was fixed up, it was very nice. The upside was I didn’t have to pay for parking. On the way from work, I could stop at the local grocery store and carry two bags of groceries home. Now, that was a good workout. Up the undulating slope of the main road with bags fulI of groceries. I got by most months on one tank of gas. The truth is that if I hadn’t driven across Western Canada and back every summer, I didn’t need my truck. I used it so little that I was able to keep it for twenty-seven years. The low cost of having a vehicle meant being able to make bigger mortgage payments.
I don’t know about others but, for me, the simpler my life is, the less stressful it is. Being able to walk to work, being able to stop at the grocery store on the way home, having my evenings free to work on the yard, to go to events, to not be exhausted at the end of the day, to get exercise every day simply by following my routine, has made my life more enjoyable. I’ve had the time and energy to have birthday parties, to have brunches, to have Easter egg hunts, Christmas gatherings, to enjoy having visitors, to garden, to read, to write a few books.
Maybe all that is available in suburbia but these recent studies have shown that suburbia is killing people. Commuting to work is only part of the cost. The other is the need for two cars because the kids need to be driven to school and to extra-curricular activities. Some parents spend what spare time they have acting as chauffeurs. The cost of two vehicles and their maintenance. The need to drive to the nearest shopping mall for groceries. The need for the gym membership to get the exercise that otherwise is impossible.
The family car gets lots of exercise, the driver’s heart and lungs and legs, hardly any. If you live in suburbia, maybe that pool is a necessity, maybe using it every day, not for splashing about but for serious swimming, is a necessity. If you’ve got the time. If you’ve got the energy.
Of course, there’s nothing wrong with toppling over with a heart attack at the water cooler. It’s quick. It’s good for the CPP. It means a job for some young person who wants to live in the suburbs. Tough on the family, of course, unless you have lots of life insurance. If you commute a lot, call your insurance agent, don’t mention the commute, increase your coverage. Or, maybe, start looking at the possibility of living closer to work and walking to the office.