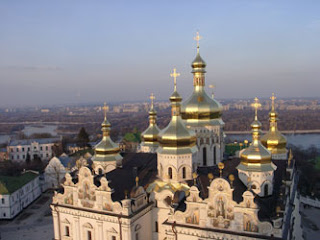 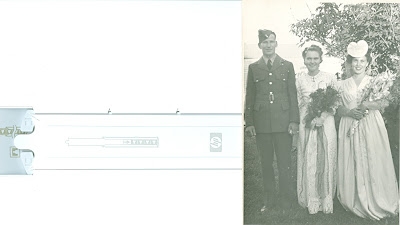 When my aunt was a recently married bride (she was eighteen), she and her husband were very poor. They lived in a shanty. Jack was an ordinary airman in the airforce and the pay was not intended to support both him and a wife. However, my aunt was beautiful and he was dashing in his uniform and they, like many young couples, were full of hope. Love, they believed, could overcome all problems.

They set up a tree and decorated it with what they were able to make.

And the butcher, who had known her all his life for this was a small town, Gimli, Manitoba, where nearly everyone was related by blood or marriage even though new interlopers like my uncle were appearing because an airbase was being built for the war effort in Europe, said, “Sure, Florence.” And he took her dime.

He went to the back, away from the counter and, when he returned, he gave her a package wrapped in brown waxed paper and tied with butcher’s string.

When she got home and opened the package, there was the hamburger and with it, short ribs and steak.

My aunt is in her eighties now and in a nursing home but she has never forgotten that Christmas. She’s told me about it many times over the years and I’m always happy to hear and re-hear it. 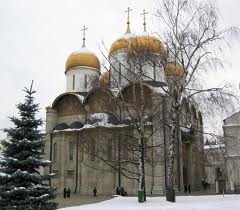 There’s longing and then there’s longing. I don’t mean Romeo and Juliet type longing. I mean longing longing. The kind that drives you out of the house on a rainy evening fifteen minutes before the grocery store closes. You drive there hoping that the doors will be open, race inside and grab a box of brownie mix from the shelf. That’s longing. I can’t think of a smile I’d walk a million miles for but for Namaste Brownie Mix brownie mix I’d drive six blocks at nine-forty-five on an ugly night.

That’s what it was like one Thursday many years ago. I’m not sure what caused me to think about it. The mention of a girlfriend’s mother who approved of me (not something that happened a lot) and showed her approval by making brownies every time I came over. Or maybe it just was because it was the same kind of day. It had rained all weekend. Not drizzled, like it usually does, but rained. Prairie type rain. The kind that makes you feel wet and chilled right through your GoreTex. It was that kind of day when the doorbell rang and my grandson with his lopsided grin and his jacket undone, said, “Hi, Grandpa. We’ve come to visit.”

His Mom and his baby sister were right behind him. After the kids got their jackets and boots off, they hunted up their Uncle and Aunt who were just getting out of bed. Sean got permission to use his uncle’s computer and Rebecca, after showing us her two toy dogs that mercifully had lost their ability to bark since the batteries had died, demanded we draw her mommies and daddy’s and babies. Her aunt, wise in the way of kids, found an old catalogue and cut out paper dolls. While their Mom and Dad were away playing soccer and golf, Kristin and Sean played FISH. Rebecca spread her cut outs over the kitchen table, creating and uncreating families. Then the grandkid’s parents turned up and we had the Shepherd’s pie I’d baked the night before.

Days like that are still memorable decades later. Not for anything special or unique but because the rain beats on the windows while we’re warm and comfortable. Because we’re together and have nothing that has to be talked about nor anything that can’t be talked about. Because there’s a four year old and a two year old who climb from one lap to the other, drawing our attention to toys and paper and crayons, swapping pencils with us, asking for drawings of sheep and pigs and cats, slipping in and out of the room and our conversation. All that was needed was someone to have come in the door with a violin or an accordion and play a tune or two and we’d have had a caleigh. A penny whistle would have done but none of us is musical and no magical visitor appeared, shaking raindrops from his shoulders and starting a tune.

After everyone had left, the house was a shambles, stuffed tigers and crayons and coloring books and cards spread about in a kind of happy chaos. That’s what me started thinking about my old girlfriend and her mother. She wasn’t a girlfriend, girlfriend, the serious sort. We went out a few times together then became friends, the kind of friends where there aren’t any complications from lust or jealousy. That meant I could keep eating brownies and arguing politics with her father. There’s a lot less rain than snow in Manitoba so it was mostly snowy Sundays that I and some of my friends would crowd through the door, take off our boots and spend the day arguing politics. It was a big family, seven kids if I remember correctly so organization was necessary and chaos was imminent. People came and joined the debate, shared the brownies.

Thanksgivings were crowded like that at my grandparents. They had a small house and big hearts. Lots of people, lots of talking, lots of laughter. My grandmother was a short, slight Irishwoman, with an Irish lilt to her voice and a quick welcome at the door. The earliest memory I have of visiting her was when I arrived at the back steps, probably brought into the city by some neighbor and dropped off. I said, “Here I are, Grandma.” It’s a line I’ve heard repeated many times. Hundreds of times I’ve come to that door, eventually bringing with me a wife and two children but each time I knocked, turned the handle and stepped into the stairwell, a faint, small voice always echoed “Here I are, Grandma.”

There were two major occasions in my grandparent’s lives. One was July 12 when my grandfather, a lifetime away from Ireland, would put on his Orange sash and march down Portage Ave. following the fifes and drums and King Billy on a white horse. It was an exercise in nostalgia for the Battle of the Boyne meant nothing in Canada where working class neighborhoods were a mixeture of Italians, Greeks, Scots, English and Scandinavians and there was every denomination of Protestant and Catholic. We went to hear the pipes, to see King William in his red coat and long wig, and to have my grandfather march by with a wave of his hand. We went for the train ride to the picnic, the egg sandwiches and the lemonade, the stories of Ireland with its green hills and soft rain.

The second holiday that really mattered was Christmas with its turkey and mashed potatoes and dressing and gravy and cranberry sauce. The food was good but it wasn’t that that made it Christmas. It was the getting there. The dressing up and having our hair brushed, the drive into the city, the carrying of gifts to the house, the excitement of arriving, my grandmother’s joyous cries and my grandfather’s quiet, satisfied smile, the smells and the sounds, the tiny living room crowded with a table and chairs, the sense that we were somehow doing this together, bound by blood and marriage and love.

Some people define an inheritance as how much money they receive upon a death. There’s never been much money in our family but there’s been many brownies, much spirited debate, many holiday meals, and many hearty welcomes. Money soon gets spent but the rainy day my grandchildren came to visit , I felt rich: I greeted my grandchildren at the door, I cooked for my family and we crowded around the kitchen table to swap stories and tell lies. We had such a good time that if there’d been even a penny whistle, we’d have had a caleigh.